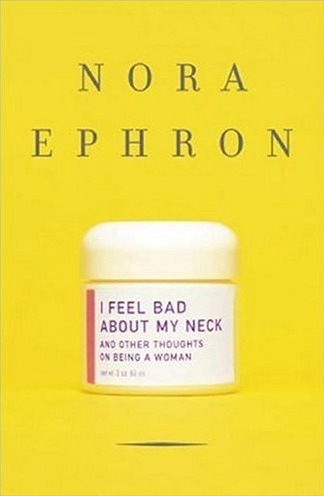 I did not like this at all, and I’m almost certain that I won’t like you if we ever became acquainted. You like to name-drop and display your quite admirable capability for self-involvement. You remind me of those socialite-matrons who like to invite the mortals into their living rooms, only to have them eye cordoned-off sections of Utter Sophistication and Wealth Boohoo. Is it your reputation as a “humorist” that hinders you from actually dwelling on things that matter? What you’ve written about says so little about being a woman, I almost pity you.

I am not attacking you because you chose to speak about womanhood in a breezy tone; I am attacking you because you attempted to talk about womanhood in a breezy tone, and it was EPIC FAIL, and one gets the impression that you’re hiding behind this pathetic attempt at humor because you shy away from things that actually make sense. Allow me to take a page from Tom Cruise’s book and tell you, “Dude, don’t be glib.” Because it’s just sad.

Your essays, technically speaking, lead me on, then lead me nowhere. Just when I think we’re on to something, it stops. You don’t end, Miss Ephron, you stop. Like you excused yourself for a cigarette break but never came back. My freshman English professor would have ripped you to shreds.

Were you tasked to write this way? Are expectations weighing you down? You have stories in you, but you’ve allowed us mere glimpses. Don’t make me think I’m actually overreading when I think that you have stories in you. Stop talking about your pedicure, when you can’t avoid annoying us. What I’m trying to say is, stop talking about your pedicure as though this entire book was a PR thing for some glossy magazine. GIVE ME MORE.

For the record, you aren’t even funny.

PS – (And yes, I am quite happy about my neck at the moment.)

2 thoughts on “marginalia || I Feel Bad About My Neck: And Other Thoughts on Being a Woman, by Nora Ephron”