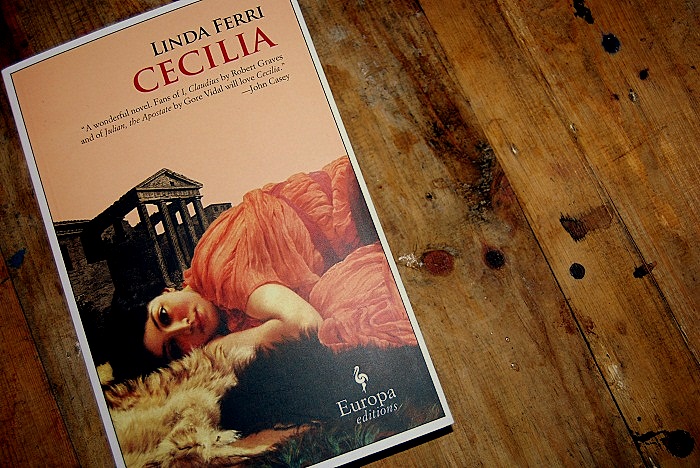 I. Reasons why I wanted to like Linda Ferri’s Cecilia [translated from Italian by Ann Goldstein]:

II. Beyond the justifications of a financial transaction, what other factors could’ve affected my reception of this book?

III. Reasons why I ended up not liking Cecilia — actually, lackluster-ly reading it through — you saw that one coming, didn’t ya? :

[1] Is it not telling enough that I had to enumerate the rather dubious circumstances surrounding the reading experience?

[2] Aherm. There was this noticeable distance between the story and I. Told in a series of diary entries [or, her sheafs of papyrus] that details the life of Cecilia’s life from 15 onwards, with your flashbacks here and there — details of family life, the heartaches of a young girl, the heartbreaks of other people. The problem was, [and I say this in retrospect], was Cecilia’s voice. Cecilia as she presented herself — as Ferri presented her — simply wasn’t a person I was interested in. Precocious, yes. Irritating, yes. A little too idyllic, yes. And that reticent, wilting flower feel to the voice, totally at odds to that “proto-feminist” thrust? Yes.

[3] It was a conscious decision of the author’s to not write this novel the way we know St. Cecilia. And this is how we know Cecilia. Now. I appreciate the author making the story her own, but it ultimately didn’t work for me because I found it poorly executed — that voice is my main complaint. Whether or not you diverge from the original material, in my book, what matters more is how you do it. Call me an old fogey, but imagination is well and good but the art of it, the crafting is absolutely vital. Fail there, and the book just pales in comparison. As it did in this book.

[4] Furthermore: This Cecilia was definitely more low-key. Such a contrast to the spectacular-ness of the Saint-mythos. And, well, attacking this subject matter with a decidedly low-key angle demands more from the author. I mean, it’s not so much that Ferri had to work overtime for the subtlety — subtlety is not the issue here. It just demands more because it’s so different. And I felt that Ferri just didn’t — maybe couldn’t — step it up and buh-ring it.

Writing this now, I’m thinking that maybe this book just isn’t for me. The whole Christianity bit, sorry. The Imperial Rome-ness of it all. That “proto-feminist” angle. So, who wants to trade Europas? For seriously, people.