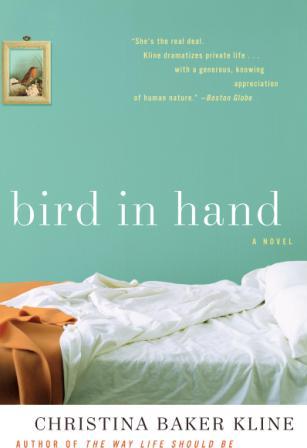 Ah, domestic realism — a term that I may or may not have invented. Wiki tells me that the term as it’s used isn’t quite how it’s defined in my head. Yes, some of those bullets may apply, but not entirely. I don’t mean “women’s fiction” and I certainly don’t mean “ra-ra empowered women through Prince Charming” shtick. I mean, quite simply, fiction that sets the narrative firmly in the home, or between/within the members of that household — Families, marriage, children, the slow erosions of self, a sprinkle of infidelity here and there, the loving, the not-loving, the telling one’s self to love despite the not loving. Think Tom Perrotta, but less annoying. Think a sample of Richard Yates. Think of Lionel Shriver‘s more insular works. Think, hell, some Zoe Heller. That is, this is how the genre exists in my head. That is, I like this genre. It doesn’t exist as Picoult-Delinsky-WhatHaveYou in my head. It’s not about lazy writing about laziness and boredom and unhappiness. It just kicks ass in my head. I really like this genre — more so since I haven’t read much from it recently.

Part of the noble tradition [hee], is, I think, Christina Baker Kline. Her novel, Bird in Hand, might not exactly make it to the big leagues, but it worked well enough for me. The story revolves around two couples their marriages, their friendship. Introduce a car accident as catalyst. Throw in some secrets. Throw in the seemingly trivial decisions they made in the past, now nearly defining their lives.

The prose was lovely, calm, nearly impartial (more on this later). The characters were unexpectedly human — At one point early on, one of the main characters whines to another about something I would rather not whine about. I think, with all books, the discovery that this character does not react like us contributes a lot to the reading experience. In my case, I was caught off-guard: I wanted this character to “dignify” herself, to not reveal too much to another with her words. But she wouldn’t. This was how she would react, and I had nothing to do with it. Also, unexpectedly: Kline tends to work in stereotypes [maybe even archetypes] — ya know, bored housewife, flighty housewife, confused husband, meh husband — but her ability to show the most relevant details [or twisting those seemingly mundane ones] works, and creates characters I could root for, scream at, grimace over.

How Kline writes contributes a lot to this. That calmness I mentioned — and the remove. That distance between the author’s narration and the lives of the characters puts Charlie, Claire, Ben, Alison up on the stage, even under the microscope: Look at this sample, see how they move. I liked it, not so much because I was left to judge the characters on my own, but, well, because Kline writes so well, it’s easy to revel in it. Oh, readers who value plot above all else may feel muddled by the language, the voice employed — but I am not one of those people.

The novel begins with an epiphany. Is it cheesy to say that the moment I sat down with this book, I told myself that it was just too familiar? That is, my gut was telling me that Kline’s story would be relevant, even implicating. I think one of the reasons it worked so well for me was that it was the book I needed while I was reading it. Does this make the story unforgettable? It’s too early to tell. Will I turn to it in not-so-relevant times? Who knows? Did it rock my world while I was reading it? Yes, of course, certainly.

[PS — Did I giggle whenever I chose to dwell on that title? Well, I am a seven-year-old boy deep down. Bird. In Hand. Did friends giggle with me? Well, I have many seven-year-olds as friends apparently. Bird! In Hand! I cannot help it, I’m sorry!]

This book—and my post—is part of TLC Tours. Several other bloggers are part of the book tour for Bird in Hand, so head on over to those blogs for their thoughts–the full list is here. It’s a divisive book, so it may be best to shop around for opinions, y’all. Many thanks to TLC, as well as HarperPerennial.

6 thoughts on “marginalia || Bird in Hand, by Christina Baker Kline”