Two books I oh-so-nobly read, even if the mere whiff of anything numerical can send me to paroxysms of horror. I mean, come on: Fewer things as horrific as seeing what you love most intersect—collide!—with the creature that’s had you a-tremble since time immemorial: Good lord, math in literature. Science, I’m cool with—physics will always fascinate me, for one. But math? [Although, yes, the treatment is king when a book deals with something as alienating as math—see The Solitude of Prime Numbers, which reminded me that there is poetry in math, and also An Abundance of Katherines, which reminded me that certain mathematical shiznit can hold the answers, although sometimes, it’s best thay they don’t.]

But I’m the girl who, because of someone’s bright idea, was sent to represent my high school in the national mathematics competition; the girl whose heart shrieked upon seeing, for the first time, the infinity symbol; the girl who then gave a panicked glance around the room, demanding, “Why the hell is the eight on its side? Why is no one worried? You heartless math beasts!” Yes.

Aherm. In this post: Flakiest of flaky thoughts on The Housekeeper and the Professor by Yoko Ogawa [jump to A], and on Flatland: A Romance of Many Dimensions by Edwin A. Abbott [jump to B]. No more talk of math-terror, I promise you. Promise-ish.

[A] • In Yoko Ogawa’s The Housekeeper and the Professor, the mathematics is both literary device and character in a novel already populated by archetypes and their über-emotional baggage. The math here is crucial, although it gives the impression that it’s an incidental interest—or vice versa. 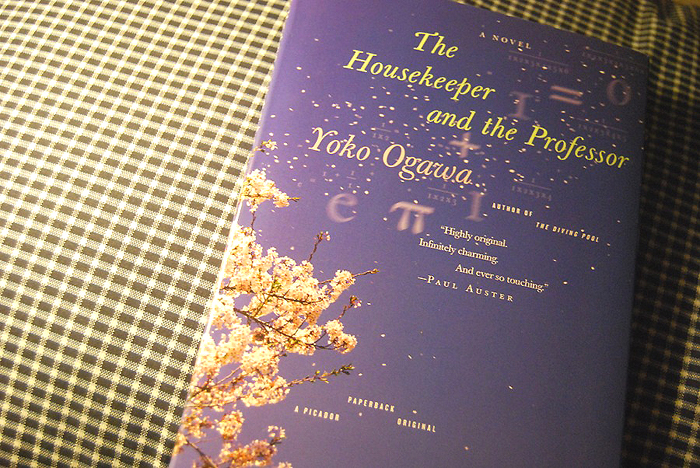 But [as I promised] beyond that: there is the language: So calm, so constrained, so eerily polite with its own emotions. I’m still on the fence if I like the treatment. Yes, I know what it’s trying to accomplish, yes. But given the overall calmness of the narrative, I have to wonder—would livelier prose [even just a notch higher] have given an advantage? Or would it really be better to sustain this calm, languorous—but never, never boring—monotone?

There is also the parable-feel of the entire narrative, including the conclusion that’ll send you off to a quiet contemplation at a point far, far-off. Even just a pinch of pages in, you step back and survey the characters, all of them nameless: The young housekeeper, silent and self-assured; her son, whose head is flat and perfect for resting a hand on; the widow who shuffles in and out the light thrown by lamps to watch unseen; the old mathematician who lives his life in eighty-minute episodes.

I liked it. I liked it? Grumble. I feel like books like these are expected—even planned, carefully constructed—to break your heart. In this case, the emotional manipulation is a success—though the jury is still out on whether I will allow it, heavily based as it is on a failsafe formula for affect.

[B] • In Edwin A. Abbott’s Flatland [subtitled, A Romance of Many Dimensions], meanwhile, the mathematics is the narrative—it’s the fabric, it’s the world. Geometry, to be more precise. As in, polygons are walking around spouting philosophy, declaiming on class systems, forbidding thought of any higher dimensions or even the desire to get better in life. By the way, here in Flatland, the more sides you have, the more awesome you are—and women, by the way, are lines. [Although if you’re not careful, them women can poke holes in you; by law, they ought to hum whenever their walking, as in, “Yoohoo, deadly weapon here, though as yet enlightened on her infinite potential!”] 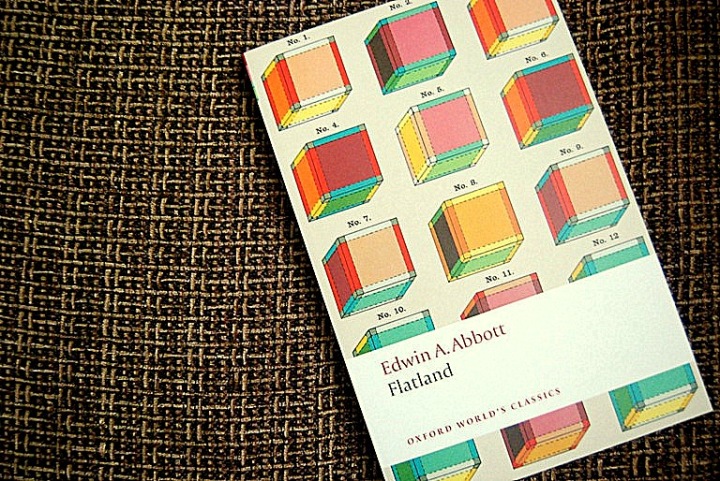 For me, it helped that I adapted two approaches to how metaphor is used here: 1, Within the narrative, these really are geometrical shapes and figures. That is a square, that is a dodecahedron, and that ghastly thing is a four-dimensional object whose nature I can’t possibly comprehend, whose very name is unknown to my poor wee brain-sludge.

And 2, Beyond the narrative, this is satire. [It’s got to be, right?] The class systems, how the rules are so rigid, and occasionally absurd—some rules are there as though to cover up previously overlooked loopholes. How our narrator, A. Square, gets a privileged look at all the other possibilities beyond his space—otherwise, he’d be as unjust/stupid/ridiculous as the rest of the Flatlanders.

Yes, it is a journey of discovery—re things beyond ourselves and that we already thought we know. But with math. In math language. I appreciate the vision, though, not to mention the novelty [for me]—but, well, you know. Things like this make one panicked-at-an-infinity-symbol girl very woozy indeed.

So. I am off to hug a calculator.

6 thoughts on “Suffer the mathematics”